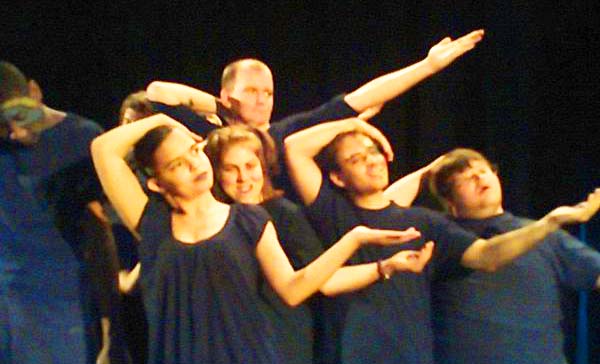 Diverse Dance’s end of year showcase was held at the Lost Theatre on Saturday 28th November. The evening performance was opened by the Mayor of Lambeth, Councillor Donatus Anyanwu.

The event was made possible by support and funding from the White Stuff Foundation.

Starring in the show were performers from Rathbone Youth Club’s, Made 2 Dance; The Old Library’s mainstream youth group, Bite Back, and the Diverse Adult group, B.Diverse.

During 2015 the dancers have been working creatively to discover new styles and music, and have been encouraged to take on the roles of choreographers, teachers, movement directors and even filmmakers. The show was a celebration of all the fun they had with experimenting and featured solos and duets created independently.

One of the highlights was the premier screening of WAVE – a dance film project created in the summer with filmmaker Owa Barua. This summer project was funded by Young Lambeth Co-op.